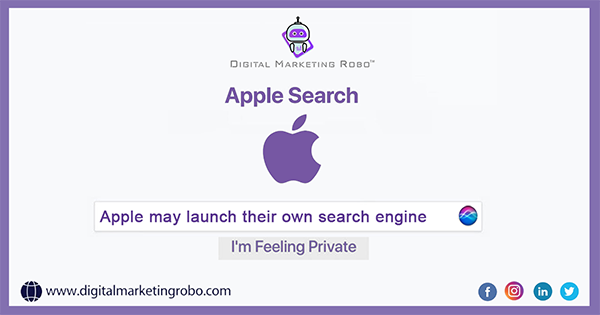 Apple To Soon Launch Its Own Search Engine- Apple, the technology giant and a premium smartphone company, can soon launch its own Apple Search Engine. Let us know that Apple had 1.4 billion active devices in the world with 900 million of those being iPhone users which till now has been commonly using Google Search Engine. With the soon launch of Apple’s search engine, the news may turn out to be shocking for Google as its dominance can be shaken if that happens.

Why Did Apple Need To Launch Its Search Engine – Google pays Apple billions of dollars every year to keep the default search engine Google on iPhone, iPad, and Mac OS. The UK’s Competition and Marketing Authoritybelieves that since Google search is the default and most used one, other search engines do not get a chance to come forward. For this reason as of now, Apple is working on an independent search engine.

A Nightmare For Facebook – One of Facebook’s placement options is the Facebook Audience Network and the majority of Facebook’s revenue comes from Feeds, with Audience Network. This relies on ad placements which app owners use as a monetization strategy. With the soon launch of Apple’s Search Engine which indicated that advertisements will not appear on Apple’s search engine therefore, it will be completely private, turns out to be a nightmare for Facebook. Facebook warns publishers with its tests, in which Facebook saw a revenue crash of 50% for publishers, which indicates a loss in the targeting capability directly effecting ad inventory.